Jerry cans and Petrol cans are sturdy metal or plastic fuel containers designed to store extra petrol for mowers and your car. Don’t get caught without fuel - plan ahead by picking up a jerry can from Euro Car Parts today. 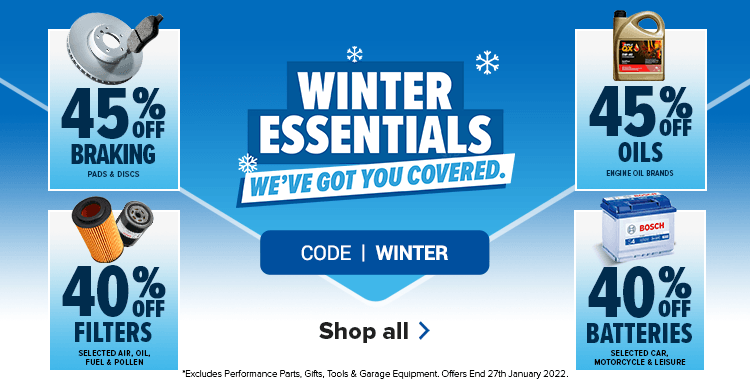 Originally developed for wartime use, jerry cans and petrol cans offer a safe, secure way to store and transport petrol or diesel. Modern jerry cans are usually made of steel or heavy-duty plastic, and have numerous safety features such as corrosion resistance and a rust-proof lining to prevent leakage and spills. As well as providing an emergency top-up in case you run out of fuel on a long journey, many people use jerry cans to store fuel for garden appliances, such as petrol lawnmowers. Transporting and storing combustible fuel can be dangerous, so it’s vital to ensure you use the proper tools for the job. A plastic bottle won’t cut it – make sure you get a genuine, secure jerry can! Euro Car Parts stocks top-quality jerry cans from trusted manufacturers. Pop in to your local branch and get a great deal on yours.

You have selected 1 x brake disc quantity. Brake discs are recommended to be changed in pairs. If you want to change both brake discs on your vehicle, please change the qty to 2.

Add more products to wishlist by simply getting registered on Eurocarparts.

HOW TO FIND YOUR ORDER NUMBER

Your order number can be found in the top right corner of your order confirmation email.